In this post, Solynta’s CEO and CFO describe their digital transformation. In particular, how cloud services set up the company for its worldwide ‘potato revolution’ and delivered substantial business benefits. We have helped Solynta design and implement the transition and we continue to work with the organisation to develop and implement more innovative services.

Solynta is ready to use its innovative potato crop cultivating technology worldwide. But before that happened, the company needed a digital transformation. As CEO Hein Kruyt put it: “I knew something had to be done, but I want to put my time and energy into bio-information and not into IT”. 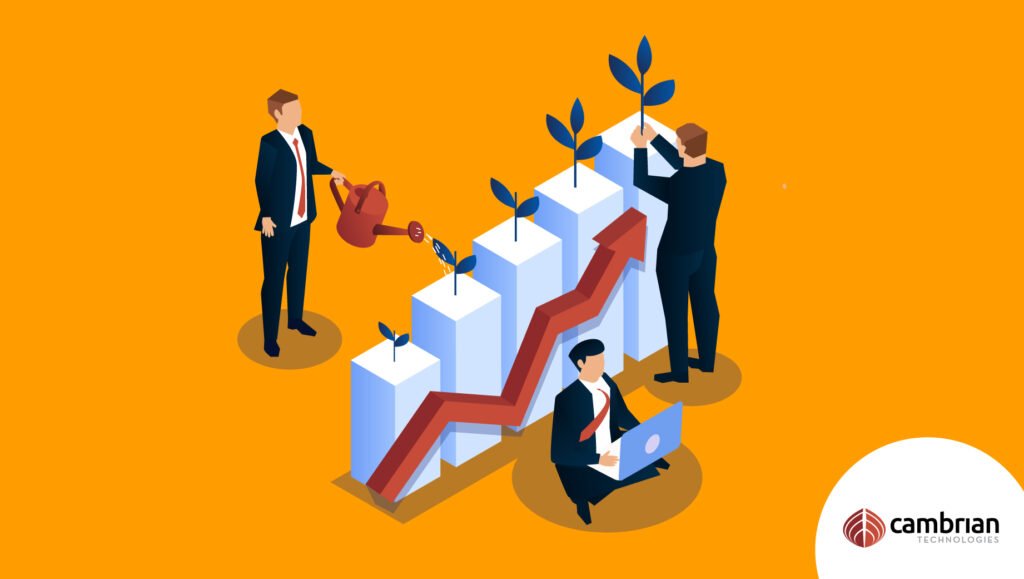 Wageningen in the Netherlands is the cradle for many agricultural innovations. Due to the presence of its university, people are constantly looking for ways to help the agricultural sector move forward. Solynta is just such a typical, innovative Wageningen company. It develops hybrid potato varieties, based on DNA analysis and techniques, and without genetic engineering. These need fewer pesticides, deliver a higher yield and are distributed not as potato seed tubers, but more efficiently, in the form of seeds.

The company has grown rapidly in recent years and has plans to continue that expansion. “But I realised that our IT facilities would not be able to keep up with our planned growth”, CEO Hein Kruyt reflects. “We noticed this, for example, in the way we handled the enormous amount of data we generate. We carry out a lot of DNA-sequencing and map the different potato plants. You start out recording it in spreadsheets, but that is far from ideal and also very time-consuming. It made me think about the sustainability of our IT”.

Kruyt also realised that it was not just about the sustainability of IT. There were opportunities to build a competitive edge with modern IT. In addition, cybersecurity became more of a concern, because  Solynta is in possession of the intellectual property needed in the field of seed cultivation. “I knew something had to be done”, says Hein Kruyt, “… but I want to concentrate on cultivating and bio-science and not IT”.

“Without leaping forward digitally, we would certainly not have been able to achieve our planned rate of growth”
Hein Kruyt - CEO Solynta

This was the reason for Solynta calling in IT service provider Cambrian Technologies. The company chose Cambrian Technologies on the recommendation of the CIO of Vopak, the world’s leading independent tank storage company. “Moreover,” adds Solynta’s CEO, “Cambrian has an offering and scope that you don’t come across very often. There are many companies that can help you with workplace solutions or secure storage in the cloud. Others focus on innovative services such as big data, analytics and machine-learning. But it’s not easy to find a suitable partner that combines and masters both areas”.

The founders of  Cambrian Technologies had themselves worked in companies for years as a CIO and CTO, and are now using their expertise to help businesses change. With their backgrounds, they specialise in the digital modernisation of companies, that struggle with a historically-grown IT environment and outdated working methods. IT has often become complex, making it difficult to operate in the market in a flexible way. “Modern technology is becoming more and more readily available, but the challenge is how you use it to achieve benefits for your business”, says co-founder André van der Riet.

Dionysis Linardatos, also a founder of Cambrian Technologies, could foresee security problems if Solynta did not transform itself digitally. “Many companies experience delays due to the implementation of security measures that are required. As a result, they tend to cut corners just to get on with the work. Very understandable, but you take unacceptable risks. If you use cloud services, it will be easier to work with data and keep your IT up-to-date. With the same cloud services, you can also organise your security far better”.

A digital transformation in three phases

The desired modernisation got underway quickly, and took place in three phases. Initially, Cambrian put the basic IT facilities in order. “First, the gas, water and electricity simply have to work safely and be future-proof”, as van der Riet puts it. 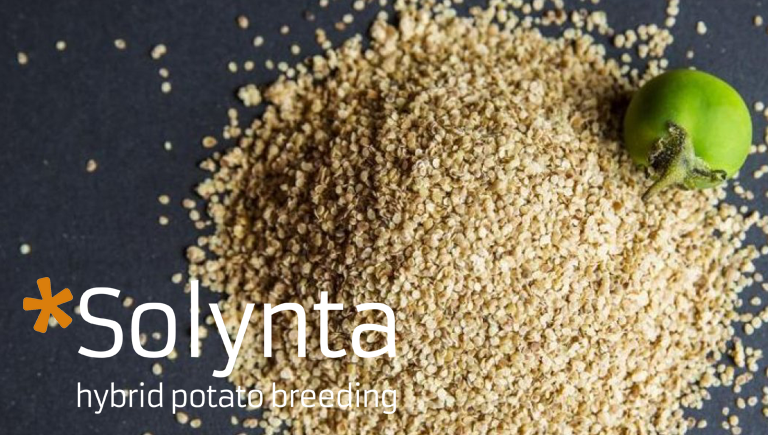 If you want to learn more about the migration and modernisation of Solynta’s core IT services, you can read the case description: ‘Overstappen op clouddiensten om gereed te zijn voor de volgende groeifase‘.

Then the area of data collection and analysis came under the spotlight. The Solynta employees were used to collecting data from all kinds of sources, and manually entering and processing it in separate systems. As a consequence, it was hardly possible to share data within the company. This also led to increasing delays in the annual collection of breeding data which eventually could take even up to two months. Because the breeding of potatoes takes place in growing seasons, it is essential to have processing speed: if Solynta misses the start of the season, it has to wait a whole year.

By automating the data logistics and placing it in one large collection, a ‘data lake’, the data is accessible to everyone and there is no longer any question as to whether employees have the correct, up-to-date information. Furthermore, the total processing time has now been reduced to two days. 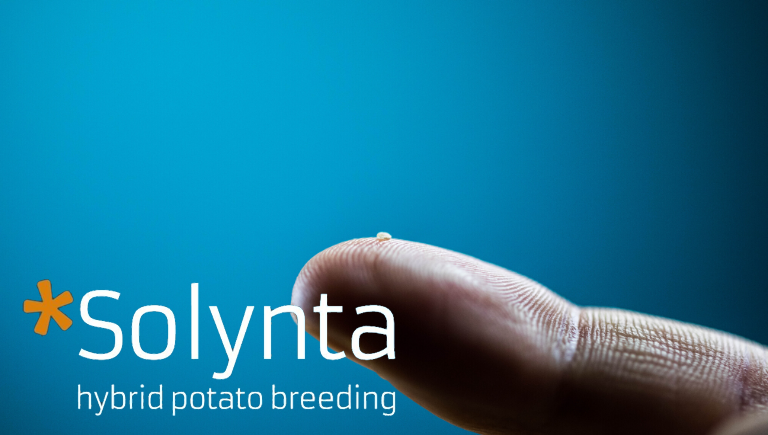 In phase three, the professional lives of Solynta’s researchers became a lot more pleasant. Because they don’t have to spend time and energy anymore managing the infrastructure and security, they can now develop their programs rapidly. “Our researchers can now very easily put their programs into so-called containers in the cloud’, says Hein Kruyt, “The bottom line is that they no longer have to deal with all the complicated definitions and settings of soft- and hardware. Their programs just work. In addition, computing power can be set per calculation. As a result, analyses that took 48 hours are now ready in 2 hours. Today, our bio-informaticians can concentrate on their own work without distraction and long waiting times”. 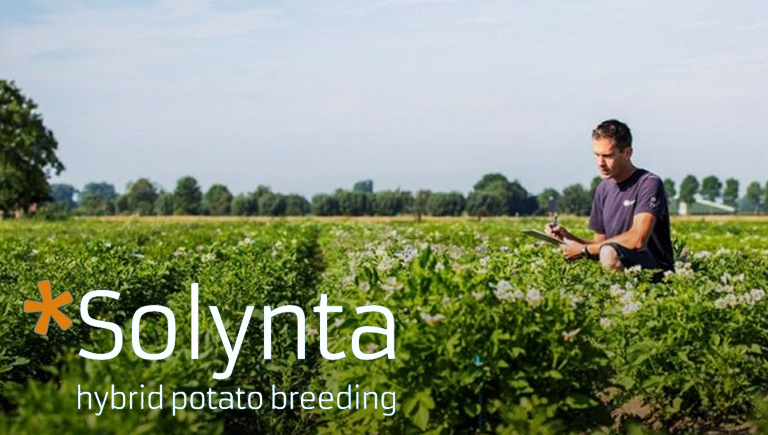 If you want to learn more about containerisation, devops and CICD ways of working and the business benefits for Solynta, you can read the case description and watch Hein Kruyt (CEO) talk about: ‘Increasing the velocity of your researchers through the use of modern cloud tools‘.

If only we had started earlier

Looking back, the CEO thinks that Solynta could have paid more attention to information analysis and IT earlier. “You do a lot of things because that’s how you’ve always done it. It can actually be done a lot better now”. Without leaping forward digitally,  Solynta would certainly have not been able to achieve its planned rate of growth, the CEO says: “We would still be having to do a lot of manual processing in IT, which has no added value. In addition, the amount we would have had to invest would have been much higher. After all, in the do-it-yourself scenario, you have to hire people for a field that is not part of your core business. Consequently, it would become more expensive and go much slower. That is certainly not a good model for a company.’

But this isn’t just about cost-efficiency for Solynta. Hein Kruyt: “For us, it’s all about effectiveness. Solynta was the first to become involved in this field. If you start out first and you keep running faster than the rest, then there is a bright future ahead of you.”

Jan Geschiere, CFO of Solynta, emphasises the importance of agile working practices in this context. Concrete results are being delivered in short sprints by the employees of Solynta and Cambrian Technologies working together. “This brings concrete results in the short term. It also facilitates an interaction between business and IT.” He considers it essential that these disciplines work together in this way and is pleased with the results.

“We experience that Cambrian deploys very good engineers, highly skilled professionals. Furthermore, the collaboration is pleasant because we work together in an agile way. We always work towards deliverables in short sprints so that our people are involved hands-on and co-own the solution.”
Jan Geschiere, CFO Solynta

The transformation at Solynta would not have been possible without taking advantage of the possibilities the cloud offers; in this case the Amazon Web Services (AWS) platform. “The platform opens up so many possibilities. We can set up digital testing grounds quickly and, after seeing them work, immediately scale up new solutions”, Kruyt confirms.

CFO Geschiere adds: “For a company like ours, the flexibility of AWS and the easy ability to upscale and downscale is a big plus point. We don’t want to invest in our own server farm. Choosing the cloud brings flexibility and makes us future-proof.”

Hein Kruyt  concludes: “Let’s not pretend that the work’s over now. A digital transformation is never finished.” There are also the requisite ambitions. “We want to do more with big data, especially in the light of the rapid developments in bio-information. A sweet spot is emerging where data, computing power and technical possibilities in the field of DNA come together. Also consider machine-learning. It’s a new wave of change that we want to harness. And we’re now in a position to do that.”

"The cloud provides us with 'big' company reliability and security at a 'small' company cost level."
Jan Geschiere, CFO Solynta

What are Hybrid Potatoes?

People have been trying for centuries to improve potato varieties, in order to increase yields or eliminate diseases for example. The traditional way to achieve this is to select plants with the desired properties, which are then reproduced and are distributed as potato seed tubers. Solynta, which began as a start-up in 2007, does these things differently. Based on DNA-analysis and techniques that do not involve genetic engineering, it develops hybrid potato varieties.

With hybrid varieties, the process of breeding is much faster and the cultivation is less dependent on the use of pesticides. In addition, the potatoes are not sold as seed potatoes but as actual seeds. These can be stored longer and take up much less space than seed potatoes. For example, 25 grams of seed is enough to sow a hectare of agricultural land. The traditional way requires 2,500 kilos of potato seed tubers per hectare.

Do you want to discover how we can help you strengthen your business and accelerate your digital transformation by  modernising your ways of working and deploying cloud services? Get in touch and send us a message.