The tweet in this picture is a telling example to explain why we chose to be Cambrian Technologies. It is about the disruptive nature of the public cloud technologies. Moreover, it is about a spree of innovations that accelerates digital transformation, much like the Cambrian explosion!

Let’s begin with a closer look at Benedict Evans observations…

Productivity tools are meant to make us work more productively

Benedict Evans, a former Andreessen Horowitz partner, posted about one of his long time favorite topics: office productivity tools. His critique takes aim at the two incumbents in this space. Of course, they add new features to their tools. But Evans argues they are no longer helping us improve the way we (can) work.

He argues this is is in contrast to new cloud native entrants in this market; companies like Slack. These help us reinvent our own processes and organization structures. Their innovative productivity tools still deliver on the implicit promise of the product category: to increase our productivity.

Productivity tools got caught up in an unproductive duopoly

In a duopoly (or any oligopoly) the incumbent players that are on the pitch are busy mostly with each other. Furthermore, if they enjoy networking effects or barriers to entry or high switching costs, then it is relatively easy to keep out the competition. However, these are benefits to them and they typically come at the expense of us, their customers. This is what we witness here. Microsoft and Google are caught up in an unproductive duopoly.

This market structure logic dictates how these companies behave. Microsoft is digging a ‘365 moat’. With features aimed at staying ahead of the competition. As opposed to discovering truly unchartered productivity waters for us. At the same time, Google’s pricing no longer aims to gain significant market share; prices are increasing! In an attempt to match the market leader’s price premium and margin. Google is skimming the market and tuning the innovation effort to a defensive level.

The two incumbents maneuver in plain sight of each other; there is no need for collusion. Ultimately, the marginal rate of productivity return on their updates becomes negative for us.

Clayton Christensen introduced the concept of disruptive innovation. This is about innovations with the power to change such oligopolistic market structures. The change is a process that is taking off slowly, yet is rather difficult to stop. The innovator enters the market with a ‘poor quality’ offering. For example, with fewer features and at a discount. Some customers don’t need the existing feature rich products and they switch to the cheaper new product. Gradually, the challenger enhances its product, gains market share and the established company is forced to retreat. Eventually the incumbent may even take a fatal blow if it doesn’t find the appropriate defence.

The productivity tools market became a Microsoft monopoly hand in hand with the ‘Wintel’ dominance. Then suddenly, public cloud based Google mail and Google apps entered the market. A disruptive innovation at the time. Google offered fewer features at a lower price point. But it offered superior traits in a different area, because it leveraged its cloud technology. Google took off.

Microsoft responded with updating its product; it added a similar cloud dimension. It also bought itself time by safeguarding that switchers would suffer friction from incompatibility issues. In addition, it made its customers ‘a 365 offer they couldn’t refuse’. Combined with its usual (un)bundling and licensing tactics. As a result, Microsoft was able to slow down the disruption and Google lost its window of opportunity and its momentum. Thus, this market evolved into the duopoly that we witness today.

Cloud is causing another Cambrian explosion!

New tools are making promising inroads in this market recently. With exponential growth curves en over impressive market caps. But it remains to be seen if this time the new disruptive innovators can change the market structure.

As a minimum it will take time; perhaps a generation. Today’s collective perception of these productivity enhancement tools is that they are non-differentiating IT commodities. Perhaps incorrect but as a consequence, users and companies typically are not looking for a change. Also, the switching costs are not trivial. After all, it would require us to prioritize ‘upsetting’ our ingrained habits. Perhaps the recent innovations will cause a disruption because the end of the Wintel era is in sight.

However the omnipresence and rich diversity of new cloud technology services are a fact. As well as the ever increasing pace of innovation. Furthermore, this fuels and accelerates the digital transformation of processes, companies, supply chains and even entire industries. This resembles the patterns and the impact of the Cambrian explosion. That era produced an unprecedented proliferation of different species.

The Cambrian explosion reshaped our planet. We found it an appropriate — and inspiring — analogy and used it when we baptized our company ✤.

✤ Most pictures on this website were taken by Dionysis in the Canadian Rocky Mountains, close to the Burgess Shale. This is one of the most significant fossil areas in the world and unique in its preservation of soft-bodied fossils of the Cambrian era.

Are you interested to discuss how we can help you take advantage of this ‘explosion’? Get in touch and send us a message. 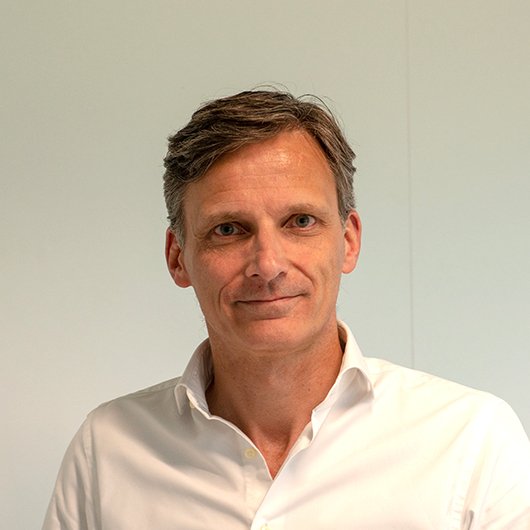